At 70, Arne Kring still enjoys his time fixing two-wheelers. Although he was a factory rider
for Husqvarna, he never left his true profession as a repair and salesman for bicycles in his private shop. Kring became globally famous when he ousted the entire motocross world back in 1970. He led the 500cc championship and would have won the title had he not crashed severely injuring his back. The result - Arne was runner-up to Bengt Aberg, who instead clinched his second MX world title.

He had the calm persona of a true northerner and Arne Kring never used big words around his colleagues. Coming from Knada in the county of Hälsingland, he was born on November 16th in 1942. In his teenage years he became interested in motorcycles and started to ride a 175cc Husqvarna Silver Arrow with great passion. More often than not, he rode his two-stroke on gravel roads and into the woods to have some fun. So, in the early sixties, Arne Kring decided to be a racer and took up motocross seriously. By chance he entered the Swedish GP at Vännäs in 1963, as the event was held not too far away from his home. Arne surprised the entire elite class by finishing second overall behind Torsten Hallman. Kring was only 20 years old at the time and there were of course big headlines in the press upon his unexpected success. 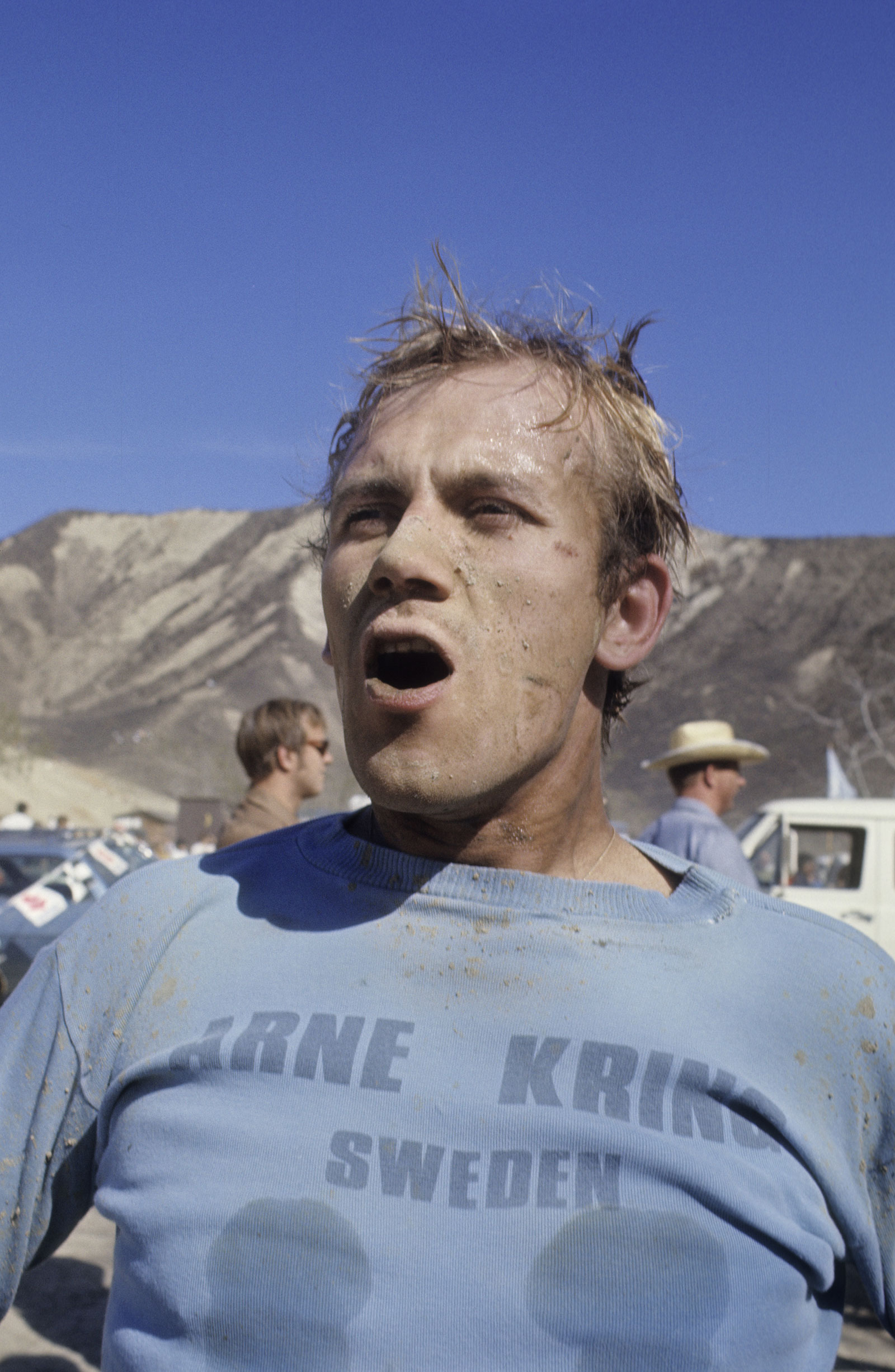 After his podium achievement the Swedish youngster continued racing. Between 1964 and 1967 he rode Lindström and Ricksson machines, both makes were developments on the Husqvarna bikes. At the Swedish 250 GP in Motala 1967, Arne Kring took world championship points again coming fourth overall. This popular result prompted the Swedish factory to give Kring a machine for the 1968 GP season, but it was still early days in his coming career.

In 1969, Arne Kring hit top form and was right there from the start of this season. Not only was he in good physical condition, but he also had the best 500cc machinery available from the Husqvarna factory. The second round on the agenda came in Motala where Arne had scored two years before in the 250 class. Now he was into the powerful big-bore machinery, but it made little difference for the Swede who delighted his home crowd by winning his very first Grand Prix - ahead of Bengt Aberg.

“It was a fantastic feeling beating my neighbour from home,” said Kring with a great smile on his face. “Bengt and I are good friends, but not on the track, of course.” 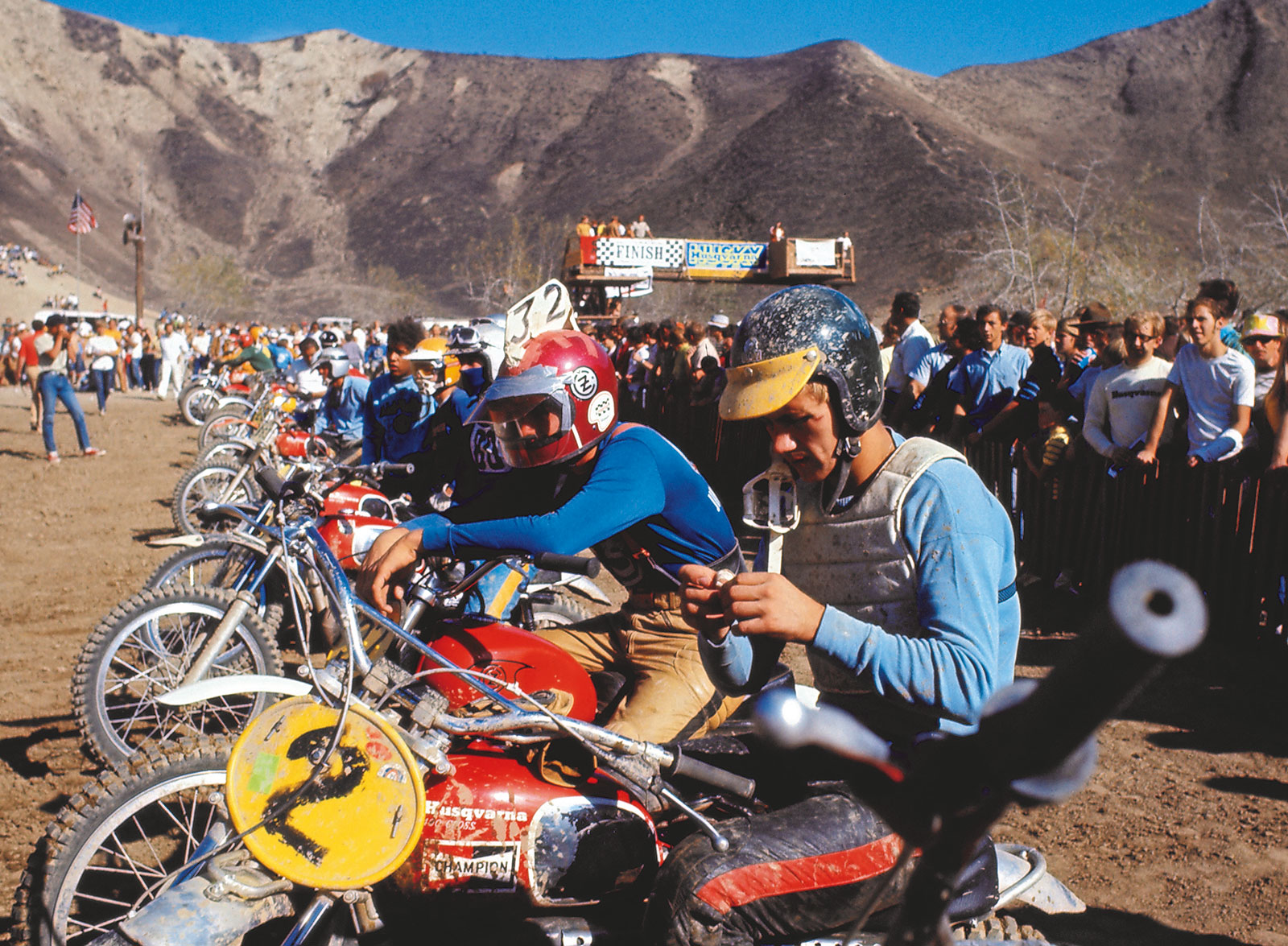 For good measures Arne went onto the next GP in Norg, Holland, where he took yet another Grand Prix victory in the sand. After three GPs he now led the championship. By mid-June the elite crowd of riders had gathered in Prérov, Czechoslovakia. Kring delighted the spectators by taking the chequered flag as second rider overall, gaining a valuable 12 points. He now placed second in the overall 500cc standings.

“The scene in the eastern world is incredible,” said Arne. “People really care for motocross and they are knowledgeable of our sport.”

It took until the last round in Schwerin, East Germany, before Kring won again, cheered on by spectator’s hats and handkerchiefs. It was a fantastic year for the Swede, placing fourth in the championship - behind winning Aberg. It was a tremendous season for Husqvarna.

When not on his motocross bike, Kring was occupied with two-wheelers. He has a shop at home for selling and repairing bicycles together with other bits and pieces that may be required out in the countryside - far from the big cities.

“The bicycle shop has been my safe heaven and main income,” said Arne Kring with a cup of coffee in hand. “The motocross was serious for a few years and I enjoyed the time thoroughly. But I also knew that when push comes to shove, I could rely on my business although it never grew out of proportion. I guess some customers came because they wanted to see who the racer-guy on the Husqvarna was.” 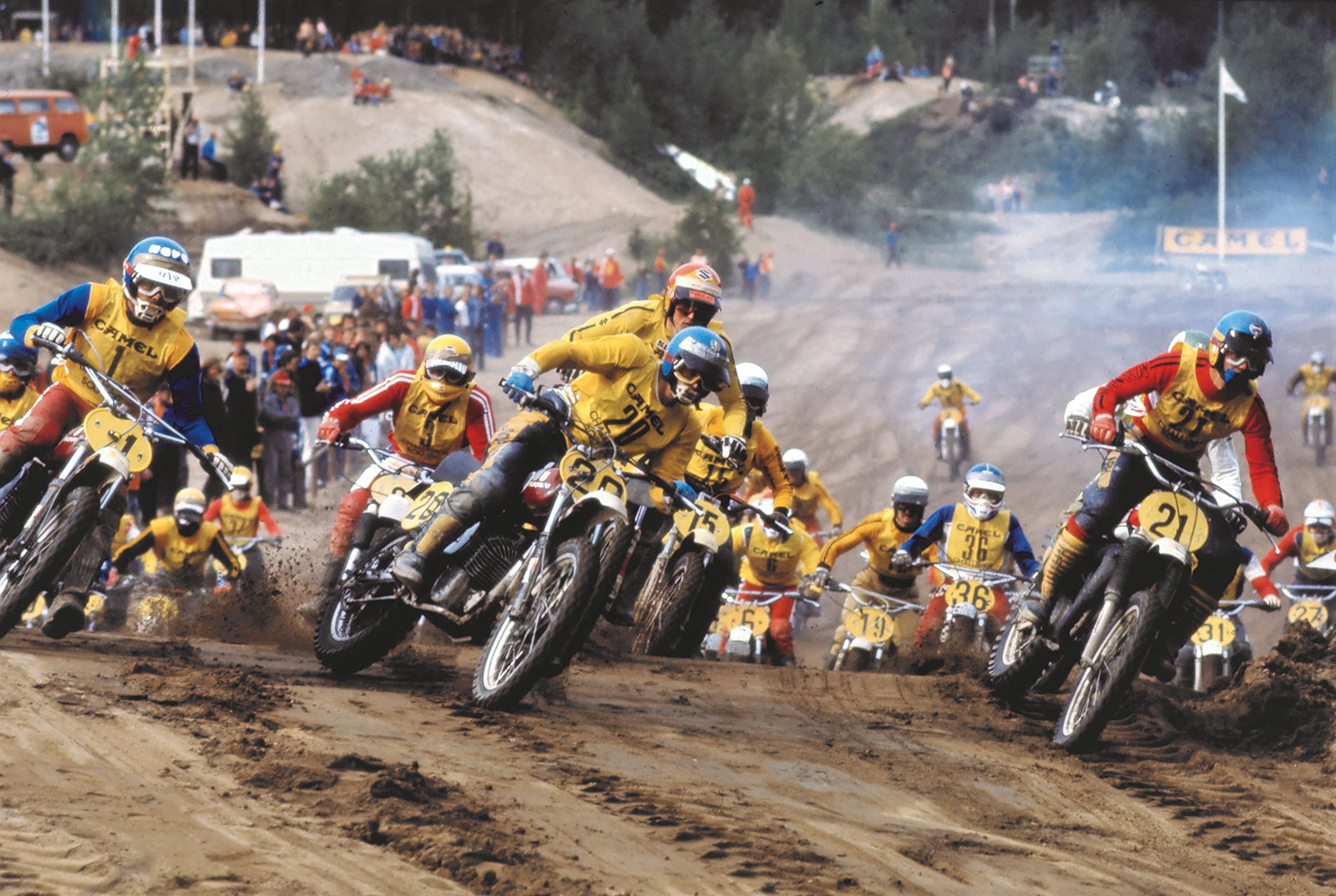 Arne also has a great collection of motocross machines at home, mostly Husqvarnas in original condition. All his bikes are in perfect shape and will probably end up in some museum one of these days. “Maybe, if I get tired of them, but they are certainly not for sale now,” Arne says. In the meantime, the bikes are displayed in his shop to be seen by customers during opening hours.

1970 began with Kring on top form. Halfway through the season he was leading the championship with three GP wins - 14 points ahead of his neighbour Aberg. The two unfortunately clashed in their home GP and both had to retire. In the second half of the season Arne Kring had a severe crash in Belgium at an international race and hurt his back seriously. It put him out of the season and out of the title race. Still, he came second in the 500cc championship overall. Arne Kring raced in the world-series for another five seasons. In total, he won seven Grand Prix victories, but decided to stop riding motocross after 1975.

Years after his active career I visited Kring in his Knada shop, 300 kilometres from home.

“Welcome, here is a cup of coffee,” he said when the phone rang. “Can you please answer and listen to what the customer wants? I have to attend to a bike over here.”

“Nice to see you,” Arne Kring said with a big grin on his face. “Please come see me again. Maybe then I can spare a few moments...”