Reportage i amerikanska Motocross Action tidningen om hur motocrossen startade i America! Klicka på rubriken för at läsa vidare!
For anyone who grew up around motocross in the 1970s, the name Edison Dye is well known. Maybe this generation don't understand the importance of this man to our beautiful sport. Below is a nice tribute to the man.
Bilden - Edison Dye together with "Totte" Hallman during the first years of motocross in America!

Bragging about being the ‘biggest and best’ was not out of order for the Americans in the fifties. They prospered after the Second World War and hit a big economy leap. Research and development resulted in modern products which were very much sought after in Europe. American motorcycling was everyman's game, be it in the desert or just scrambling around the forests.

Edison Dye checking his order at the factory! 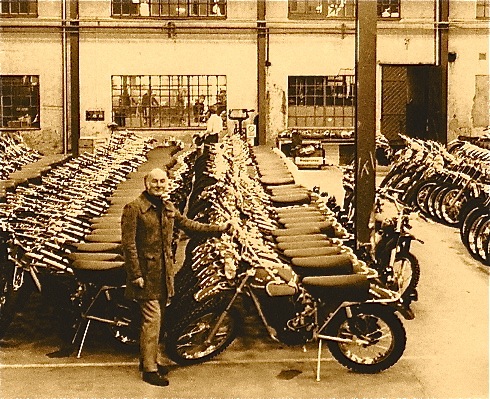 Things looked gloomy for the Husqvarna two-wheelers at the beginning of the 60s. Despite good intentions and motocross titles, the board of directors had limited understanding of the motorcycling potential. To say the least, they were against most of the ideas that came from responsible people in this division. But as it happened, chance would alter the future for the Husqvarna off-roaders and the answer lay in the United States.

"Stickan" Eriksson met Edison at the restaurant "Bit of Sweden" 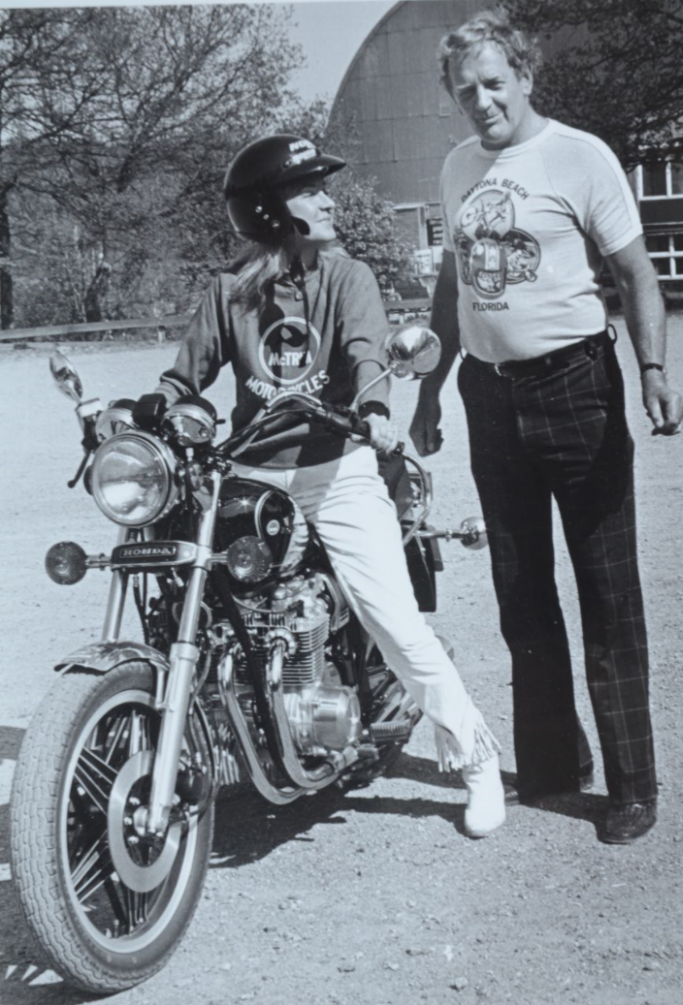 The Swedish dealer Stig Ericson of MC-Trim in Stockholm was travelling around San Diego in southern California. As winters were cold back home, ‘Stickan’ preferred the western state sun to the local snow. In a nifty smorgasbord joint called ‘Bit of Sweden’ in El Cajon, he, by sheer chance, met with salesman Edison Dye over a meal. The American had been in the bike business for years and the two started talking about European motocross. Edison showed genuine interest for Husqvarna, but the MX sport had yet to be discovered in the U.S.A. However, Mr Dye figured that there would be interest in solid offroad machines such as the Swedish product

Consequently, Edison Dye approached the weapons factory with a letter asking them to let him and his company MED International represent Husqvarna in the United States. True to the negative instinct from the leaders in Huskvarna, the simple answer was "no”, with a polite twist of saying "thank you for the interest". Their point of view was enhanced by factors such as; no desire to export, no motocross market available, no knowledge of recreational riding and last but not least, an unfavourable dollar-exchange rate, which made Swedish goods expensive across the Atlantic.

But mister Dye from Oskaloosa in Iowa did not give in as easily as earlier interested parties had done. The rebel had a temper of a whirlwind and was persistent enough to be invited for a meeting by the autumn of 1965. Two representatives from Husqvarna met with the eager American in Scandinavia. Edison Dye convinced the Swedes that he was the right man for the job and bought 50 machines to be delivered during the 1966 season. The initial deliveries were air-freighted, which saved valuable time as Edison Dye wanted to give the first Husqvarna to ace rider Malcolm Smith.

Edison, on the right, here with his Husky team ready for the Inter-AM races! 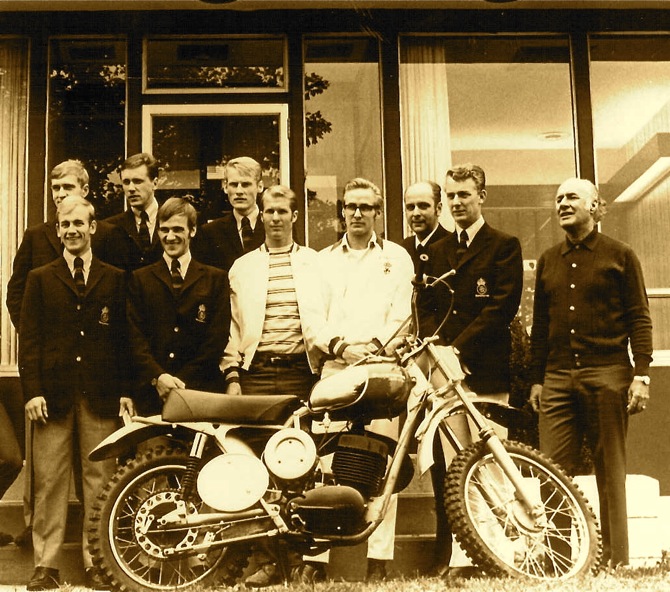 Edison had seen Malcolm ride on a track outside San Diego and he went to see Smith in Riverside. The ace rider showed interest to switch from his British make to Husqvarna. "I will try out your bike and let you know how I feel," he said. Malcolm was impressed with the Swedish product and had a great smile on his lips when returning from a long ride in the hills. "I want to try it next Sunday at a desert race," was Malcolm's comment. Of course, he won the race by over 20 minutes at the finish line. The rest is history. Malcolm Smith became the number One rider for Husqvarna in the United States, backed by Med International. Their relationship lasted over a period of more than five years.

Edison Dye also wanted to have machines in his Californian showroom. One of the initial 50 machines was bought by Steen's and delivered to Alhambra in Los Angeles - a Husky which I rode in 1967 and blogged about some time ago (see ‘Mojave Dancing’). For three years the Swedish factory had only churned out a few hundred units a year, but this changed in 1966 when USA hit the market for the Husqvarna products.

Edison Dye and Torsten Hallman started a company together to promote the Inter-AM and Trans-Am races! 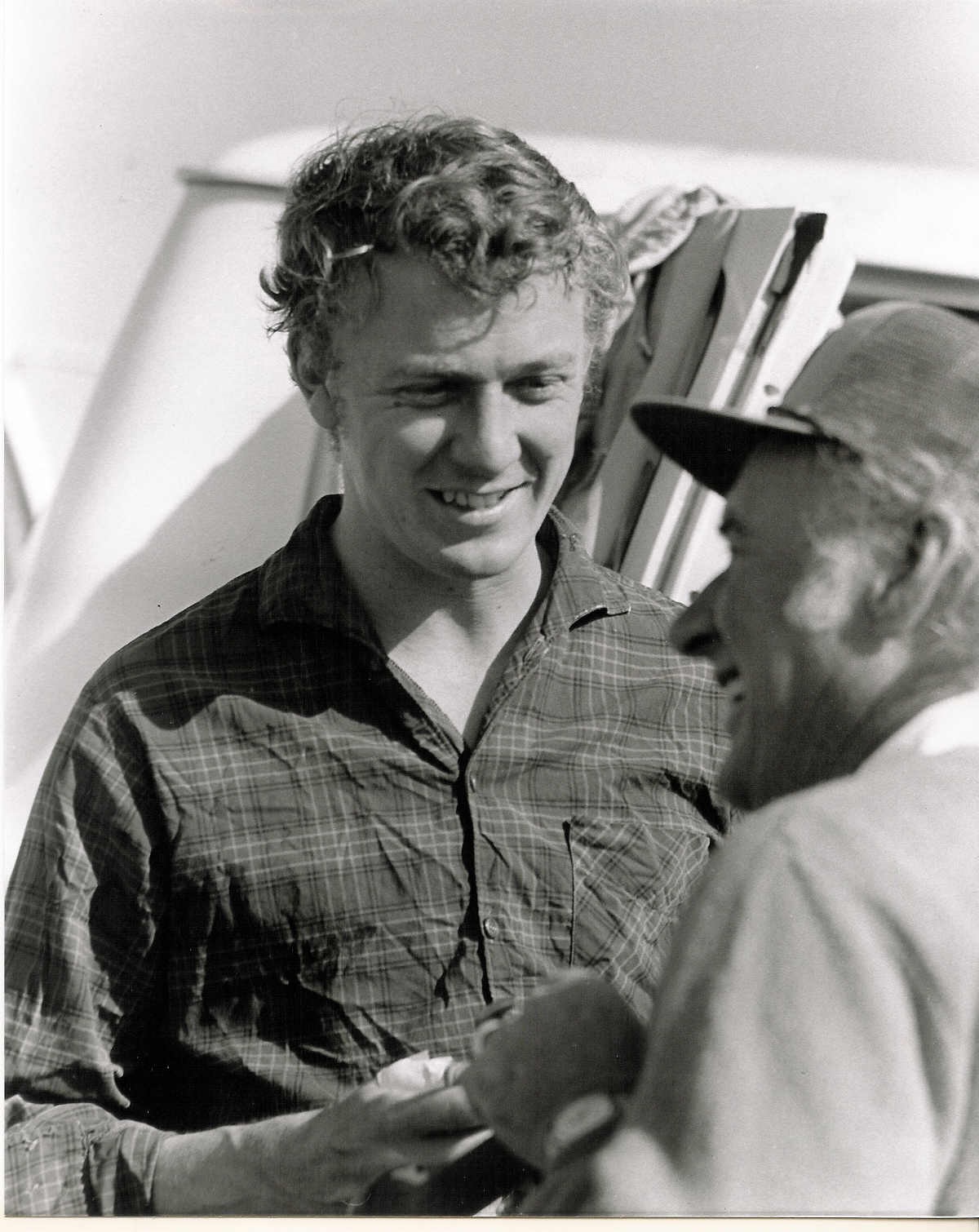 Edison Dye: "The first year I sold 100 machines, then it was around 500 units while the third year's sale came up to 1,000." Not only was MED International successful, but also triple world champion Torsten Hallman, who rode 23 races with as many wins. He was the true Swedish ambassador who presented the sport to the U.S. motorcycle fans. Shortly after, Dye & Hallman introduced the classic Inter-AM motocross series in the USA, where most of the world top stars came to compete towards the end of the sixties. Now would have been the right time for the Husky people to react and invest into the future. Unfortunately, that did not happen although the U.S. market swallowed the better part of the factory's production.

From 1961 to 1970 Husqvarna only manufactured 14,000 units, of which 5,000 were made in 1970 when the new Ödeshög factory opened. But the demand from the American market was bigger than that. Hungry customers waited to lay their hands on this new Scandinavian product. Edison Dye was the father of American motocross and did many fine things for the sport when it was established in the USA. 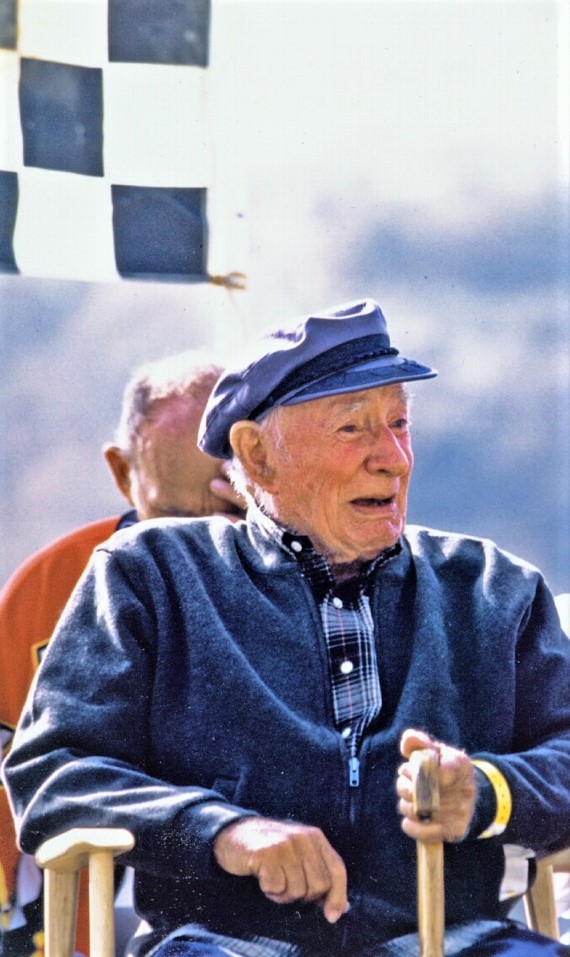 By 1974 Edison Dye decided to end his successful business and stop going to races. He had spent a good part of his life selling bikes. Edison wanted to retire as he also had lost his influence on the international motocross series (first called ‘Inter-AM’ - then the ‘Trans-AMA’ series). In 1999, the American received a Motocross Life Achievement Award in the USA for his outstanding efforts with Husqvarna during an influential 10-year period when motocross arrived in the big country.