Thor’s Villopoto Regains Points Lead with Second Win
from Angel Stadium
Once again Thor’s Ryan Villopoto shined at Angel Stadium, taking his second win of the season in front of a sold-out crowd in Anaheim, Calif. The night started off right with Villopoto earning the win in his heat race. He was able to transfer that speed into the main event, grabbing the holeshot and taking the wire-to-wire win. Congratulations Ryan! 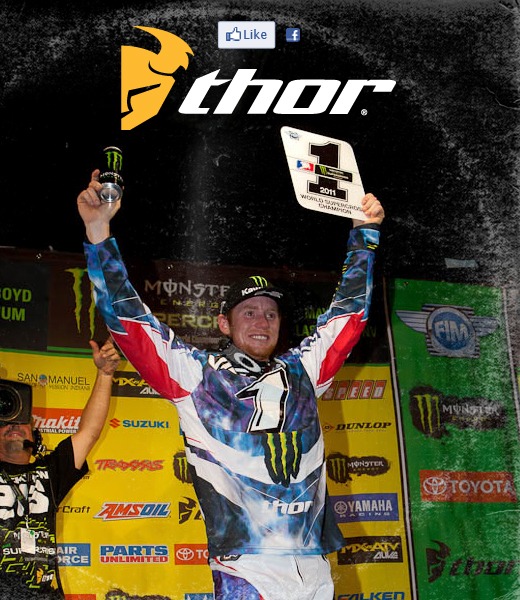